What are Web Standards? Why are They Important?

Do you use web standards when creating websites? As a web developer, are you familiar with web standards? If not, you’re not alone! Many developers may not have learned about Web Standards as part of their education. The reason is that some people learn to code from tutorials, via online resources, and many are even self-taught.

Learning in these ways may not put the Web Standards in your path. However, this is a very important topic for developers. In today’s article, we’ll take a look at what Web Standards are, where they come from and why they’re so important to the Internet now and on into the future.

What are Web Standards?

Web Standards are not actually “standards,” but are recommendations put out by the W3C (The Word Wide Web Consortium). The W3C is an international consortium dedicated to “leading the Web to its full potential.” In other words, this organization works to make the web a friendly place that’s accessible for everyone. They do this through setting web standards.

Web standards are formal recommendations that are set up for everything (from websites, to apps and more) to follow. The standards don’t deal with the front end of websites but have to do with how the backend is structured.

In addition to dealing with websites, Web Standards also deal with the browsers, HTTP, development software, and our devices. The standards have been created to make the Internet more cohesive and work consistently for everyone. As developers adhere to and use the standards, the Internet becomes more accessible to everyone. There are no barriers, as long as the Web Standards are used.

These days there are also other organisations involved in the development of web standards. These include:

These organisations are also involved to make sure the web stays a free, open and accessible place for everyone.

A Little History of the Web

Back when the web first became usable by more people, there were no Web Standards. The Internet was a bit chaotic–with no rules, a website might work for some people, but not for others. The site was coded in such a way that made it unusable by some browsers. As a result, the content was not accessible to everyone who might benefit from it.

As the web continued to grow and evolve, web developers (in the 90s) often had to make more than one version of each site they created. The reason? So that the site would be compatible with the more popular browsers. It was free for all and a mess.

Developers were not able to create enough versions of a site to make it compatible with every browser out there. This made the content limited to only a few site visitors, while keeping the content closed off to visitors who didn’t use a compatible browser.

Not only that, but a website might not look consistent across browsers! It would vary greatly and sometimes even lose some of its functionality.

When web standards were introduced, chaos was turned into something more orderly. Web standards helped to keep the Internet safe, open, free and accessible to everyone, no matter what device or browser they used.

Why are Web Standards Important?

We just learned that web standards help to keep the Internet accessible, free and open for everyone. They do this by creating specific rules on how elements are coded.

When you create a website, the functionality, user interaction, and the site’s elements need to be consistent with the other parts of the Internet. This is what the web standards govern. They make the web a more stable, inviting place for all users. Web standards allow web users to easily move around the web without all the hassles of the early days.

Now that we’ve covered what the standards are and who’s involved in setting Web Standards, let’s take a look at what they relate to.

HTML, JavaScript & CSS: these are the backbone of the Internet. The standards covering these elements are concise and lend structure to elements, interpretation of text documents in browsers and more. The coding is standardized, making it so all developers can understand one another. And every single modern web browser and other types of software can understand and interpret them, too.

Graphics: this is another area that has been standardized for web developers. As far as standards are concerned, these are more recommendations on best practices and are not as concise as those for HTML, etc. The standards have been created for PNG, SVG, CSS, canvas API (for creating shapes and more), and WebCGM (for vector graphics).

Web architecture: this has to do with the way information is structured on the backend. Here, the standards apply to URLs & URIs, XML, HTTP, HTTPS, encoding & character sets.

Accessibility: this is one of the most important standards—making the web accessible for everyone. This has to do with making the Internet and websites accessible to everyone, including those who have disabilities. This includes those who are blind, those with limited movement, people who are deaf and more. People with disabilities use technology to help them access and move around on the web. Accessibility standards make sure a website offers accommodation for these technologies and the people who use them.

Web standards are there to help you work efficiently and help you to build websites that use methods and elements consistent with the rest of the Internet. Not only will your websites be accessible for all, they’ll also be pleasant and easy to use. Your sites will accommodate all devices around the world, contributing to an orderly, stable, open, free, accessible web for us all.

Sign up to receive our latest useful guides, web design tips and digital marketing advice via email.
VIEW ALL POSTS 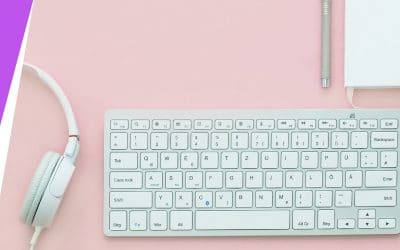 The Best Strategies to Monetise a Blog

There are many people who love to blog, where blogging has become a passion project. While passion projects are great for SEO and gaining more visitors to a website, passion doesn’t pay the bills. Are you a blogger? Have you monetised your blog? If the answer’s no,...

The 6 Most Important Metrics Your Website Needs to Track

Statistics is not a fun topic; however, when it comes to website data, the metrics your site gathers are highly valuable. Data shows if your website design is effective or not, if users have a good experience and so much more. All of this information is important for...

SEO vs PPC: Can Integration Work?

Should your business go with PPC or SEO? The answer is it depends. But what is essential to obtaining traffic is knowing and understanding your target audience. Knowing where site visitors come from and how they use the web can determine whether PPC or SEO is best, or...

Get In Touch Today

We're looking forward to hearing from you! Or call us instead.

Get in touch today

We're looking forward to hearing from you! Or call us instead.